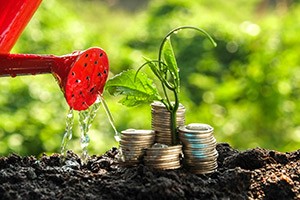 Active investing is generally more expensive and passive investing may appear more simple but investors should consider their goals before deciding.

The low-cost nature of index investing (investment managers follow the performance of a selected index) has grown in appeal over the last 10 years where we have seen people be a lot more willing to consider passive investing strategies.

This ‘can be’ a concern because at the end of the day you are investing in that index which is going to be made up of whatever investments or assets or companies are in that index and people perhaps might not understand the makeup of their investments.

I think a lot of people possibly don’t understand what they’re doing and don’t understand the risks so might be inclined think “well if I put my money into a low-cost index fund which covers the all ordinaries index in Australia (or whatever), and it won’t matter if I don’t have a sound strategy behind it.’ Which obviously we think is risky.

Let me say, there’s nothing necessarily wrong with passive investing, just as long as it ties in within an investment strategy and works towards meeting ‘your’ goals.

Take an example an income objective where you’re entering retirement. You then need to make sure that your strategy is going to be able to pay you sufficient income for the rest of your life – which maybe it can, maybe it can’t.

If you’re actively investing yourself, do your research. If they’re not performing, obviously you’re not going to keep investing with them and keep paying fees, and you’ll probably relocate to another fund or another investment manager.

Investors should have conversations with their advisers about the nature of the underlying investments in an index fund and whether they are income producing or growth investments.

With this knowledge, investors and their advisers can then consider which path will best take them where they need to go.

We all know investing is a long-term game and sometimes, by following the herd, you can do well in the short term, eg. popular investments such as the technology companies like Apple, Google and Amazon etc, some of these stocks are really riding away with the moment and if you’re not investing in those maybe you’re underperforming?

But what if there is a correction?, (and I’m not saying this is going to happen,) but a good manager who hasn’t gotten carried away with the herd, their value (and your’s) will eventually be rewarded for that.

Given this, you as investor need to ensure that your investments, your investment decisions and your rationale behind them add up and are in line with your short and long term goals.

So don’t make a decision in a short period of time because investing is really a minimum of a five-ten plus year time horizon. Sometimes certain investments can underperform in the short term but over the long term you’ll be rewarded.

FREE preview of The Art of Building Your Wealth